Some believe that time trave is possible. But is it? And if so, how?

The nature of time is one of the biggest mysteries in science. Scientists simply do not understand what time is, at least partially, because it does not behave the same way in all circumstances. For example, did you know that clocks installed on airplanes—or even further away, on satellites—record time at different rates than here on Earth?

We all know that time has a physical component that is measured by clocks. This physical component of time exists because things and people move around in space: the motion of the Earth propels time forward in 24-hour days and 365-day years. We physically experience time because we experience ourselves and things moving around. This is obviously true when you think about different time zones. It isn’t the same time in New York as it is in Sydney because the Earth is moving. In fact, we are all traveling in time at about one second per second. This physical component of time was explained by Einstein who, more than 100 years ago, revolutionized the idea of how time works. He theorized that time and space are inextricably linked together. He also found that the universe has a speed limit of sorts: the speed of light. So while time and space are linked, nothing can travel faster than the speed of light (186,000 miles per second).

But what about otherwise credible reports made by those who claim to have traveled faster than the speed of light? What about reports of actual time travel? The internet is filled with stories about people insisting they experienced jumps in time which are not merely one second per second, but decades or even hundreds of years. These time anomalies, or “time slips,” are paranormal episodes during which someone—or a group of people—somehow experience traveling through time without knowing how or why it occurred.
article continues after
In one account in Oklahoma in the 1970s, three workers were picking up cattle feeder equipment from a farm and noticed a white house on the property.[1] When they came back the next day, however, the house was not only not there and there was no sign of it ever having been there—yet all three workers saw the same thing the prior day. One possible explanation: the house had existed in a different moment in time, which they collectively experienced as reality.

Whether or not stories like these are to be believed by others, the people who recount them certainly believe them. Given what we know and what we don’t know about how time works, how might these happen?

One explanation is a credible but controversial scientific theory called the multiverse theory. The multiverse theory supposes that an infinite number of worlds exist along different paths in time which arise out of each passing moment, suggesting that different things happen in each universe.[2]

It sounds not only preposterous but also like a lot of work for the universe. Imagine: a new universe traveling along its own, unique timeline created out of every moment of time. This theory suggests there may be an infinite number of universes. It also explains how “time slips” might be real.

Support for the multiverse theory comes from an arcane but scientifically valid Big Bang theory called cosmic inflation.[3] Cosmic inflation refers to a faster-than-light expansion of the universe that may be responsible for spawning an unlimited number of disconnected universes that eternally issue from one another. Cosmic inflation may have happened because, during its earliest instants of formation, the universe was expanding outward from a single point into nothingness. Said another way, the universe’s faster-than-light expansion could be due to the fact that it was expanding into something that was not itself, where the speed of light wouldn’t apply. This may explain just how the universe became so far-flung out of its early chaotic origins.[4]

Whether or not the multiverse, cosmic inflation, and an infinite number of disconnected universes eternally branching off from one another is the way time works remains to be proven by scientists. But the theories are intriguing, and they solve at least one famous problem scientists have with time travel: the grandfather paradox. The grandfather paradox states that if you were to go back in time and kill your grandfather before your father was born, then you wouldn’t exist in the first place to kill him. The multiverse theory solves that paradox in that you could kill a copy of your grandfather in an alternate universe and therefore still have been born in your universe. Of course, it leaves open the question of how you traveled between universes in the first place. Maybe someone experiencing a time slip will one day come back and explain how that works. Maybe you.

First, the song: https://www.youtube.com/watch?v=N9oq_IskRIg Now for the facts. According to my friend James Kelleher, a Jyotish astrologer I’ve used for neary 30 years (with great results), the musical Hair was way ahead of its time, since it doesn’t even begin until 2445, when the Sun, at the time of the vernal equinox, will move into 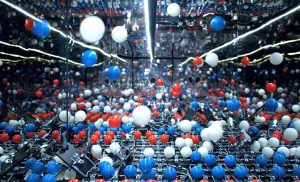 Do you ever feel like you’re bouncing between things happening around you–both good and bad?  I do.  One minute I’m on top of the world with good news, and the next moment that either reverses itself or something happens to bring me down to Earth.   I feel like a human ping pong ball. But 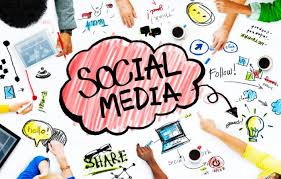 The Modern Dark Ages: Brought to Us by Social Media

Have you noticed the backlash against “experts” lately? And it’s not just the US, it’s worldwide. The President said it succinctly during the election, and what he said may be big reason he was elected: “What if I didn’t use experts?” So where did we go wrong as a country? When did education and experience