Time in the Mind and Flow

Flow is the state in which time doesn’t pass as normal, or at all.

Have you ever felt so engrossed in something that time doesn’t pass as it normally does? Or have you fallen asleep and dreamed for what seems like hours, but when you awaken, you realize you have only been asleep for a minute or two? How about when you are deep in thought and look up at the clock to realize hours have gone by unnoticed? In all of these experiences, we lose our sense of time.

In his book Flow: The Psychology of Optimal Experience, Mihaly Csikszentmihalyi identifies a self-surpassing dimension of human experience that is recognized by people the world over, regardless of culture, gender, race, or nationality.[1] He calls it flow, the product of high challenge and the high ability to meet the challenge (see figure). It is characterized by deep concentration, highly efficient performance, emotional buoyancy, a heightened sense of mastery, a lack of self-consciousness, and self-transcendence.

Instead of waiting for flow to find us, is there a way to intentionally create flow and use it to change our experience of time? I say yes, and the secret to doing it is improving your skill of what I call focused perception. It’s a lot like the term in hypnosis called “focused attention,” in which we choose to focus on one thing at a time, setting aside everything else. Focused perception is a heightened state of awareness which is also a lot like flow. It can happen to a person in many different contexts, including playing a sport, experiencing grave danger, or intentional practice. It’s a state of perception where someone might feel deep concentration, a sense of mastery, a lack of self-consciousness, and self-transcendence. It is also a special experience where time does not pass as usual and typically slows down or seems to completely stop.

The key to bringing on this state is our brainwave state. Brainwaves indicate the electrical activity of the brain produced by thought and emotion, which travel on the same neural pathways. Recently, researchers have been able to measure brainwaves well enough to see how they correspond to certain levels of focus we can control and change. According to their data, there are changes in brain activity during flow states, with the flow state characterized by increased theta activities in the frontal area of the brain and moderate alpha activity in the frontal and central areas.[2] Moreover, other research points to an increase in the brain chemical dopamine, known for pleasure and motivation.[3]

To change your brainwave function and bring on a flow state, try closing your eyes and visualizing yourself engaged in your favorite relaxing activity. This moves you out of ordinary consciousness, which is characterized by a beta brainwave state, into a more relaxed alpha state. Then, focus on one thing, such as your breath or the sound of a ticking clock, setting aside everything else. The monotonous rhythm will further move you into relaxed, detached, diffused daydreaming while maintaining your sensory awareness. After a while, you’re likely to experience a theta brainwave state, which is associated with meditation, intuition, and altered states of consciousness. Return to immersing yourself in your initial daydream about your favorite relaxing activity, now employing all of your senses. Because you are still awake, this intentional daydreaming moves you into the higher-awareness brainwave state of focused perception, consisting of combined beta, alpha, and theta brainwave states. You have just achieved the state of flow intentionally. Now look up at a clock. Chances are that time hasn’t passed the way you expected it to. You’ve just slowed down your experience of time by focusing your perception. 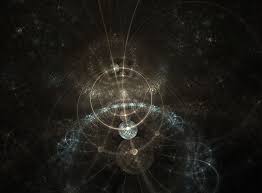 Few of us really understand the weird world of quantum physics.–but our bodies might take advantage of quantum properties If there’s any subject that perfectly encapsulates the idea that science is hard to understand, it’s quantum physics. Scientists tell us that the miniature denizens of the quantum realm behave in seemingly impossible ways: they can 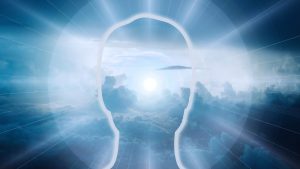 Get Insights at the Edge

Insights at the Edge host Tami Simon peels back the mystery of time with me in this newest podcast, All the Time in The World.  Listen as we explore how brainwave states impact the physical world, how “Loop quantum gravity” may be the essential nature of time and how focused perception helps you arrive on 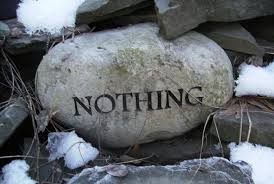 Nothing Exists Except the Now

Nothing really exists until we pay attention to it; when we do, it collapses into a reality which we then call experience. #IntheNow